The First Belmang, Lobzang Dondrub, was the ninth throne holder of Labrang. A Geluk incarnation line, the line's seats were at Labrang Tashikyl and Shitsang monasteries. The line dates from the 18th century with the Second Jamyang Zhepa's recognition of the Second Belmang, Konchok Gyeltsen, as the reincarnation of Lobzang Dondrub.

The Fourth Belmang was a Geluk lama based at Labrang Monastery in the early twentieth century. His elder brother was the Fifth Zhamyang Zhepa, and his family used their status to gather power and influence in the region. 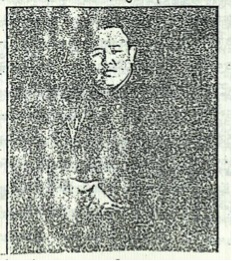 The Third Belmang was a Geluk lama based at Labrang Monastery in Amdo. He served as abbot of Amchok and Shitsang monasteries as well as two monastic colleges at Labrang.

The Second Belmang, Konchok Gyeltsen was a famous scholar who trained at Labrang Tashikhyil, where he served as the twenty-fourth throne holder. He was recognized by the Second Jamyang Zhepa as the reincarnation of the First Belmang Tulku, Lobzang Dondrub. He authored his history of Labrang Monastery, the Labrang Denrab in 1800, at the age of thirty-six. Konchok Gyeltsen passed away in 1853 at the age of ninety. His writings were collected and edited into ten volumes, and kept at Amchok Monastery.