The Paṇchen Lama incarnation line began in the seventeenth century when Chokyi Gyeltsen, the sixteenth abbot of Tashilhunpo Monastery, was given the title by the Fifth Dalai Lama, who declared him an emanation of Amitābha. The Geluk scholar Tukwan Lobzang Chokyi Nyima's Crystal Mirror identifies numerous pre-incarnations including Padmasambhava, Atiśa, Gampopa, Go Khukpa Lhetse, Sakya Paṇḍita, and Yungton Dorje Pel. Two separate systems of enumeration exist for this lineage. According to the system of Tashilhunpo Monastery, the seat of the line, three previous lamas, identified as Chokyi Gyeltsen's previous incarnations, are identified as the First through Third Paṇchen Lamas: Khedrubje Gelek Pelzang, one of Tsongkhapa's primary disciples, Sonam Chokyi Langpo, and Wensapa Lobzang Dondrub. According to the system of Ganden Podrang, Chokyi Gyeltsen is considered the First Paṇchen and the line starts with him. For this reason Chokyi Gyeltsen is either listed as the First or the Fourth Paṇchen Lama. The Eleventh Paṇchen Lama, Gendun Chokyi Nyima, recognized by the Fourteenth Dalai Lama in 1995, has not been seen in public since then, while another child, Gyeltsen Norbu was soon after installed as Eleventh Paṇchen Lama by the Chinese government.

Khedrubje Gelek Pelzang was one of the primary disciples of Tsongkhapa. A native of Tsang, he was involved in the establishment of the great monastery in Gyantse, Pelkhor Chode, before assuming the throne of Ganden in 1431. He was posthumously given the title of First Paṇchen Lama by virtue of being considered a pre-incarnation of the Fourth Paṇchen, Lobzang Chokyi Gyeltsen. 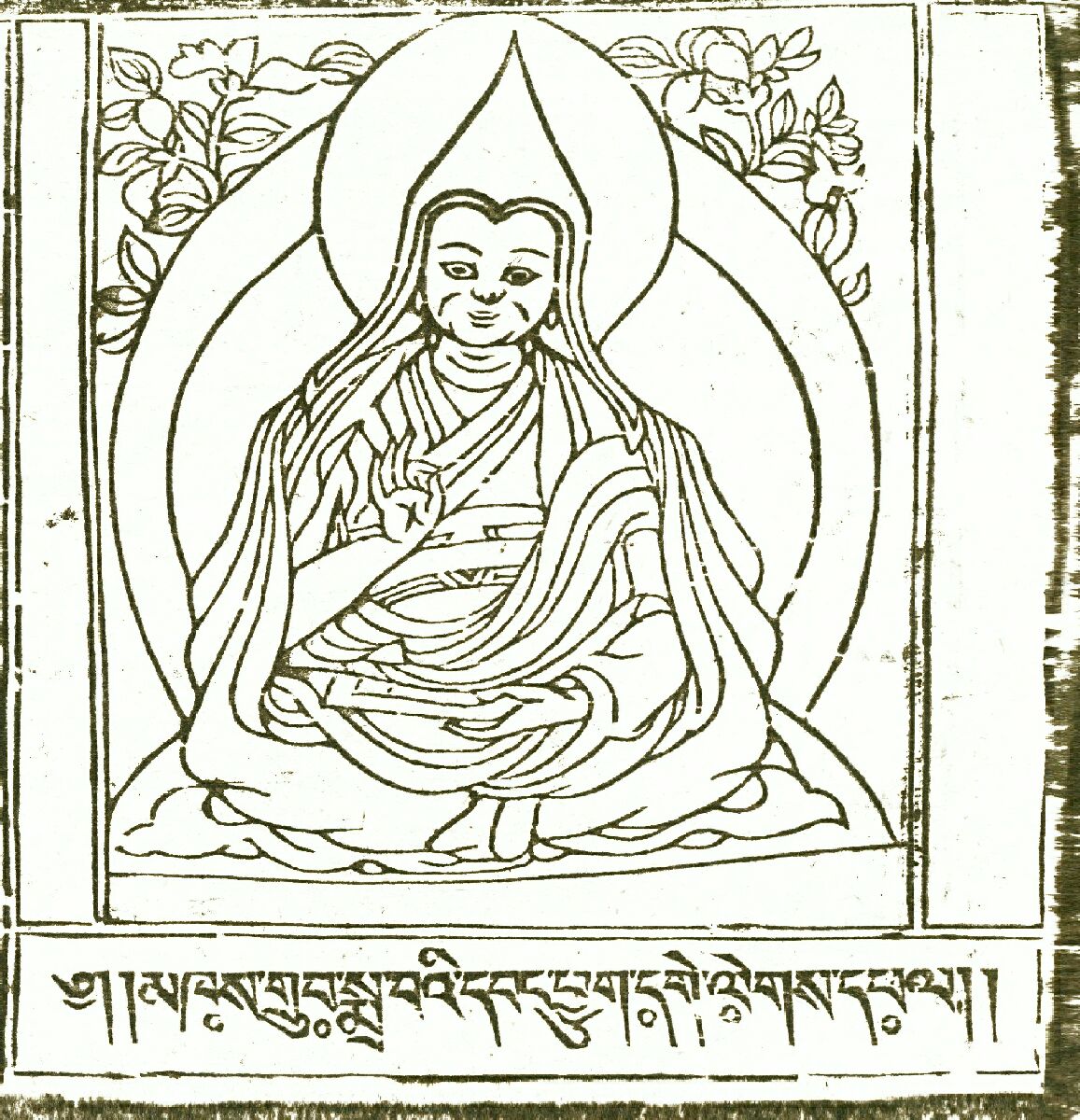 Wensapa Lobzang Dondrub was an early lineage holder of the Genden Nyengu. After training with prominent lamas of his day, he spent an extended period of time in isolated retreat, living in the manner of an Indian siddha. He was a disciple of Gendun Gyatso, posthumously known as the Second Dalai Lama.

The Fourth Paṇchen Lama, Lobzang Chokyi Gyeltsen, who was the first to hold the title, lived during a time of tremendous political and religious change in Tibet. During his near-century long life the Geluk government of the Fifth Dalai Lama, the Ganden Podrang, took power in Tibet, and Bhutan established itself as an independent state under the rule of the Drukpa Kagyu, both events in which he was intimately connected. Lobzang Chokyi Gyeltsen was a teacher to many powerful Tibetan, Bhutanese and Mongolian political and religious figures, including the Fourth and the Fifth Dalai Lamas, and the First Jetsundampa of Mongolia. The Sixteenth abbot of Tashilhunpo, he was given the title Paṇchen Lama by the Fifth Dalai Lama, who declared him an emanation of Amitabha. By the system advanced by the Ganden Podrang, Chokyi Gyeltsen is considered the First Paṇchen, not counting three previous incarnations, beginning with Kedrubje, one of Tsongkhapa’s close disciples. A prolific author, Chokyi Gyeltsen is credited with over a hundred compositions, including a number of commentaries and ritual texts that remain central in the Gelukpa tradition.

The Fifth Paṇchen Lama, Lobzang Yeshe, was one of the most prominent Geluk hierarchs of his day. A close disciple of the Fifth Dalai Lama, he was responsible for the naming and novice ordination of both the Sixth and the Seventh Dalai Lamas. He was active in the victorious effort of the Geluk tradition to take control of most of Tibet with the aid of both Mongolian and Manchu patronage. He took an active part in most of the invasions and civil wars of the early eighteenth century, counseling and negotiating with all sides. He was said to be a prolific author, but few of his compositions survive.