The Ling incarnation is a very important Geluk incarnation line dating from the mid-17th century. The Ling lamas have traditionally served as tutors of the Dalai Lamas. The First Ling was the Forty Eighth Ganden Tripa, and the line has a seat at Loseling college of Drepung monastery in Lhasa.

Ngawang Lungtok Yonten Gyatso, the Fourth Ling Rinpoche, was a Geluk lama who was educated in Drepung Loseling and Gyuto and ascended to the Golden Throne through Shartse as the Seventy-fifth Ganden Tripa. During his tenure he served as tutor to the Eleventh Dalai Lama.

The Sixth Ling Rinpoche, Tubten Lungtok Namgyel Trinle, was one of the most renowned and respected Tibetan Buddhist masters of the twentieth century. He was a student of the Second Pabongkha and of the Thirteenth Dalai Lama, in whose administration he served. In 1941 he became a tutor to the Fourteenth Dalai Lama, and, in 1964, he was elevated to the position of the Ninety-Seventh Ganden Tripa, the first man to hold the position in exile. During his tenure he supervised the reestablishment of Geluk institutions in India. Ling Rinpoche traveled extensively to Europe, the Americas, and East Asia. 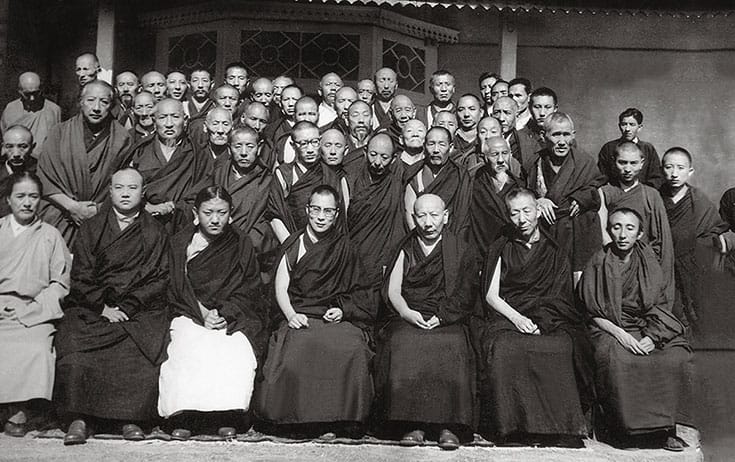