Gendun Drub was a close disciple of Tsongkhapa, after first ordaining and training in the great Kadam monastery of Nartang. Gendun Drub was instrumental in spreading the new Geluk tradition in Tsang; he founded the great monastery Tashilhunpo in 1447 and was its first abbot, until 1484. He was posthumously identified as the First Dalai Lama, a previous incarnation of the third Dalai Lama, Sonam Gyatso, who first held the title. Gendun Drub was identified as an emanation of Avalokiteshvara, the bodhisattva of compassion believed to be embodied in the Dalai Lama incarnation line.

Gendun Gyatso was the reincarnation of Gendun Drub. He served as abbot of three of the most powerful Geluk monasteries in both U and Tsang, significantly contributing to the spread of the Geluk tradition. Gendun Gyatso retained relations to his family’s religious traditions, which included Nyingma, Shangpa Kagyu, and Sakya teachings. He built the Ganden Podrang at Drepung around the year 1530, which came to be the residence of the Dalai Lamas and the seat of their government of Tibet in later centuries. His abbacies occurred during a time of intermittent war between the Kagyu rulers of Tsang and the Geluk leaders of Lhasa.

Sonam Gyatso was given the title of Dalai Lama by the leader of the Tumet Mongols, Altan Khan, which was posthumously applied to his  previous incarnations, Gendun Drub and Gendun Gyatso. A tireless missionary of the Geluk teachings, he was instrumental in what is known as “the second conversion of the Mongols”, bringing the Geluk teachings to the region. Sonam Gyatso founded several important Geluk monasteries, including Kumbum, Litang Ganden Tubchen Chokorling, and Namgyel Monastery. in 1581 he served as the thirteenth throne-holder of Chamdo Jampa Ling for six months. 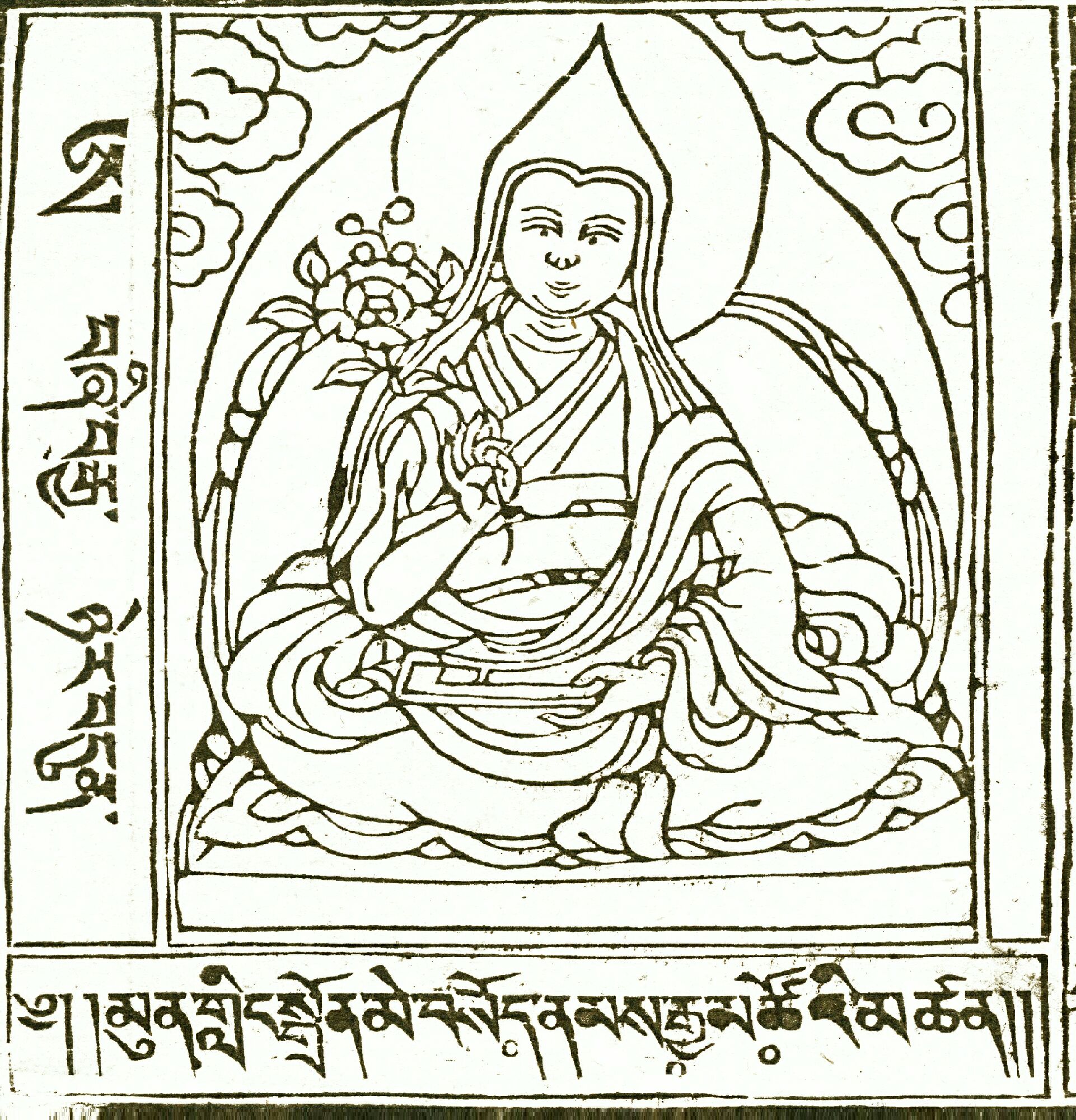 Yonten Gyatso, the Fourth Dalai Lama, was born in Mongolia, the grandson of the successor to Altan Khan, who had invited the Third Dalai Lama to Mongolia. Although he died young, his Mongolian heritage cemented the Geluk-Mongol alliance, allowing the heirarchs in Drepung to exerted considerable power in Tibet. 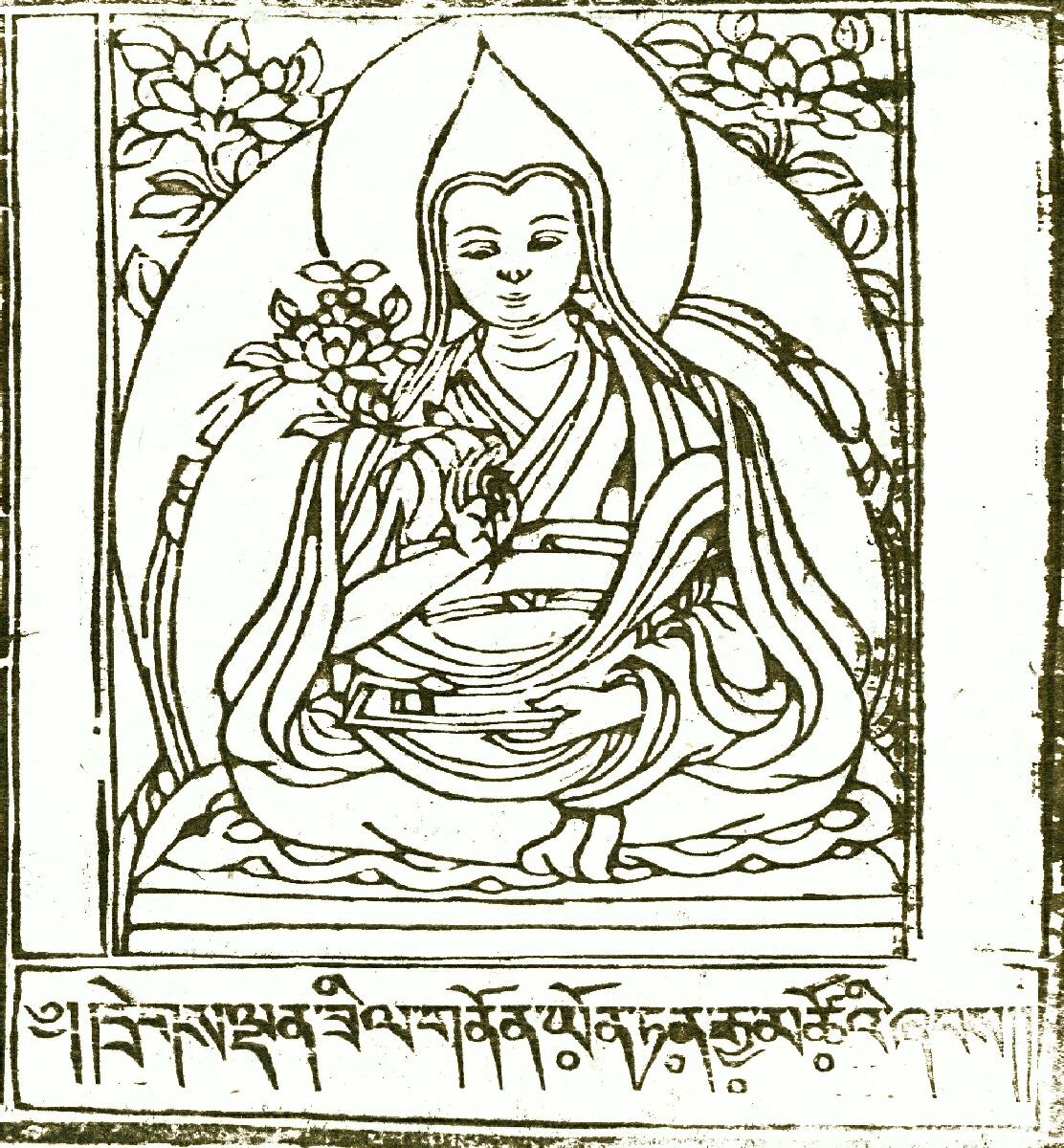 The Fifth Dalai Lama, Ngawang Lobzang Gyatso, popularly known "The Great Fifth", was the first Dalai Lama to assume political rule of Tibet, forging lasting alliances with Mongol armies and the Qing court in China. He was both a brilliant tactician and a religious thinker, authoring numerous commentaries and ritual manuals, as well as histories and biographies. Although responsible for considerable sectarian violence and Geluk hegemony, including the suppression in Tibet of the Jonang tradition and the forcible conversion of many monasteries to the Geluk faith, the Fifth Dalai Lama never abandoned his family’s Nyingma affiliations, and he sponsored the establishment or renovation of several Nyingma monasteries. The great palace of Potala that he built as his residence and seat in Lhasa was named after that bodhisattva’s pure land, Potalaka, a naming that contributed to the dissemination of the identification of the Dalai Lama as an emanation of Avalokiteśvara.

The life and legacy of the Sixth Dalai Lama Tsangyang Gyatso is an uncertain admixture of tradition and controversy.  Kept under virtual house arrest for a decade following his discovery, he was enthroned at a time of great political unrest in Tibet.  He is often portrayed as a poet and libertine, who disrobed rather than take full monastic ordination.  Following the murder of his regent, Sanggye Gyatso, he was ordered to the court of the Manchu Emperor in Beijing.  According to one tradition, he died of fever in 1706 at Kunganor, but there is another tradition, in which he escaped and died in Alashan in 1746.

The life of the Seventh Dalai Lama Kelzang Gyatso spanned a troubled period in Tibetan history, during which the Land of Snows was transformed from the battleground of competing Mongol factions into a protectorate of the Manchu Qing dynasty. Trained as a monk-scholar, the turmoil that surrounded his youth and early adulthood had effectively excluded him from an active political role until the events of 1747-1750 propelled him to head the Tibetan government at the age of forty-three. It may be said that the institution of the Dalai Lama, given its characteristic religio-political foundations under the leadership of the Great Fifth, assumed its mature form under the Seventh, whose relations with the Manchus set the pattern for Sino-Tibetan affairs throughout the remainder of the Qing dynasty.

The Ninth Dalai Lama, Lungtok Gyatso, lived only the age of nine. Born in Kham in 1805, he was enthroned to the seat of the Dalai Lamas in 1808 and a major restoration within the premises of Potala Palace was carried out in 1810 under his patronage. He died at the age of nine in 1815.

The Tenth Dalai Lama, Tsultrim Gyatso was the second of four Dalai Lamas who died in their youth; he passed away at the age of twenty-two.

Khedrub Gyatso, the Eleventh Dalai Lama, lived only eighteen years. Enthroned in 1842, he studied at the Potala and in the three main Geluk monasteries of Lhasa. He received his novice vows from the Seventh Paṇchen Lama. Under his patronage the Uyab Zimchung, a new private residence in Norbulingka, was built; it was inaugurated in 1849 with a festive celebration that was the origin of the Zhoton summer festival still celebrated by Tibetans.

The Twelfth Dalai Lama, Trinle Gyatso was enthroned at the age of five. He  assumed control over matters of state at the age of seventeen but fell ill and passed away at the age of nineteen.

The Thirteenth Dalai Lama, Tubten Gyatso, lived through a turbulent time in Tibetan and world history. Forced into exile first by a British invasion and then by a Chinese invasion, the Thirteenth Dalai Lama learned about modern technology and different forms of government. Following the collapse of the Qing Dynasty, he declared independence for Tibet. His reforms and religious eclecticism put him in conflict with many conservative members of the Geluk clergy, who resisted his efforts to modernize Tibet. 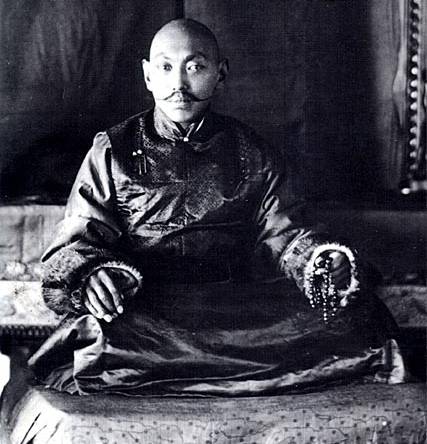