The Trijang incarnation line was established in the nineteenth century when Lobzang Tsultrim Pelden was recognized as the reincarnation of the Sixty-ninth Ganden Tripa, Trichen Jangchub Chopel Pelzangpo, and given the title of the Second Trijang. The Third Trijang, Lobzang Yeshe Tendzin Gyatso, one of the most prominent Geluk teachers of the twentieth century, was one of the two principal teachers of the Fourteenth Dalai Lama.

Jangchub Chopel served as the Sixty-ninth Ganden Tripa for seven years, from 1816 to 1822. He was educated in Sampeling, Ganden Shartse, and Gyuto monasteries and later served as abbot of Gyuto and as Sharpa Choje at Shartse, during which he served as tutor to the Ninth Dalai Lama. During his tenure on the Golden Throne he served as the tutor to the Tenth Dalai Lama and commissioned a large quantity of religious objects. Following his retirement he settled at Chubzang Hermitage where he engaged in personal practices and taught to his many disciples. His reincarnations are known as the Trijang Rinpoche.

Lobzang Tsultrim Pelden, the Second Trijang, served as the Eighty-fifth Ganden Tripa for five years, from 1896 to 1900. He was educated in Ganden Shartse and Gyuto monasteries. He served as abbot of Gyuto and then the Sharpa Choje at Ganden Shartse from where he ascended to the Golden Throne of Ganden. 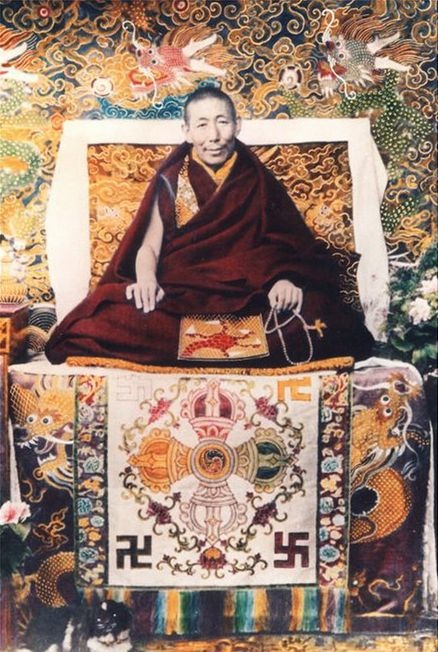