The First Karmapa, Dusum Khyenpa Chokyi Drakpa was the founder of the Karma Kagyu tradition. A native of Kham, he was initially ordained and educated in the Kadam tradition. After spending thirty years in U-Tsang studying with Gampopa and other disciples of Marpa and Milarepa, he returned to Kham where he remained for twenty years, establishing a number of monasteries, including Karma Gon. Then, at the age of seventy, he returned to Tibet, establishing Tsurpu Monastery in Tolung, the seat of the subsequent Karmapas. According to legend when he was sixteen a group of ḍākinī gave him a hat made from the hair of 100,000 ḍākinī, which is visible only to the most advanced practitioners. He said to have predicted the conditions of his rebirth, charging his disciples to find and train the boy, thereby initiating the Tibetan institution of the tulku, or incarnate lama.

The Second Karmapa, Karma Pakshi, was the head of the of the Karma Kagyu tradition, otherwise known as the Kamtsang tradition, with its traditional seat at Tsurpu Monastery in the Tolung valley of Tibet. "Karma Pakshi" ("The Teacher Karmapa") was an epithet given him by the Mongol court. He served as chaplain to Mongke, one of the claimants to the head of the Mongol empire created by Ghengis Khan. He is considered the first publicly acknowledged incarnate lama in Tibet given that his lineage predecessor, the First Karmapa Dusum Khyenpa, is claimed by the tradition to have prophesied his rebirth as Karma Pakshi; however, the convention of recognizing incarnations of lineage holders was not institutionalized until a later date.

The Third Karmapa, Rangjung Dorje, was a prominent Karma Kagyu hierarch who also held Nyingma and Chod lineages. He was likely the first man to carry the title of Karmapa, following his identification by Orgyenpa Rinchen Pel as the reincarnation of Karma Pakshi, whom Orgyenpa posthumously identified as the reincarnation of Dusum Khyenpa. He spent much of his life traveling across Tibet and made two visits to the Yuan court in China.

The Fourth Karmapa, Rolpai Dorje, was born in the Kongpo province in southern Tibet. He studied both Nyingma and Kagyu teachings from Yungton Dorje Pelwa, who had been a student of the previous Karmapa. At the age of nineteen, Rolpai Dorje was invited to China by Toghon Temur, the last Mongolian Emperor. He accepted, and taught in China for three years, establishing many temples and study centers. During his return to Tibet, Rolpai Dorje gave lay vows to a young boy who he predicted would become very important for Buddhism in Tibet. The child would later be known as Tsongkhapa, the founder of the Geluk school.

The Fifth Karmapa, Dezhin Shekpa, lived only thirty-one years. He visited the court of the Yongle Emperor, who is said to have given him a physical representation of the black hat given to previous Karmapas by ḍākinī. He was a student of the Second Zhamar, and a teacher to the Third.

The Sixth Karmapa, Tongwa Donden, dedicated himself to composing liturgy, developing the monastic university system, teaching, and restoring monasteries within the Karma Kagyu school. His main teacher was Ratnabhadra and his main student was Jampel Zangpo.

Chodrak Gyatso, the Seventh Karmapa, spent much of his life in retreat. He established monastic colleges, and composed many scholarly texts. Recognized and trained by the First Tsurpu Gyeltsab, his main lineage holder was the First Sanggye Nyenpa, Tashi Peljor.

The Eighth Karmapa, Mikyo Dorje, was a prolific and influential religious leader. His collected works, spanning over thirty volumes, are still in use today, especially the Four Session Guru Yoga. He was also instrumental in the founding of the Karma Gadri style of Tibetan painting.

The Ninth Karmapa, Wangchuk Dorje, was the author of the preliminary practices for the Karma Kagyu and three important presentations of Mahāmudrā. He traveled in a large monastic camp, and established Rumtek monastery in Sikkim, which would later become the seat of the Sixteenth Karmapa in exile.

The Tenth Karmapa, Choying Dorje, lived during tumultuous times. A great artist in both painting and sculpture, he was held virtual hostage in eastern Tibet before being brought to Tsurpu to be educated. A preceptor to the King of Tsang, he was forced to flee Tibet when Gushri Khan invaded with his Mongol army and patronized the Fifth Dalai Lama and his Geluk tradition. He spent close to thirty years in Jang and Kham before returning to U-Tsang in his old age, only a few years before he passed away.

The Eleventh Karmapa, Yeshe Dorje, was a holder of both the Kagyu and Nyingma teachings. The shortest lived of all the Karmapa incarnations, he received Mahāmudrā instruction from the Seventh Zhamar and the Karma Pakshi Guru Yoga practice as a treasure from the treasure revealer Yongge Mingyur Dorje. 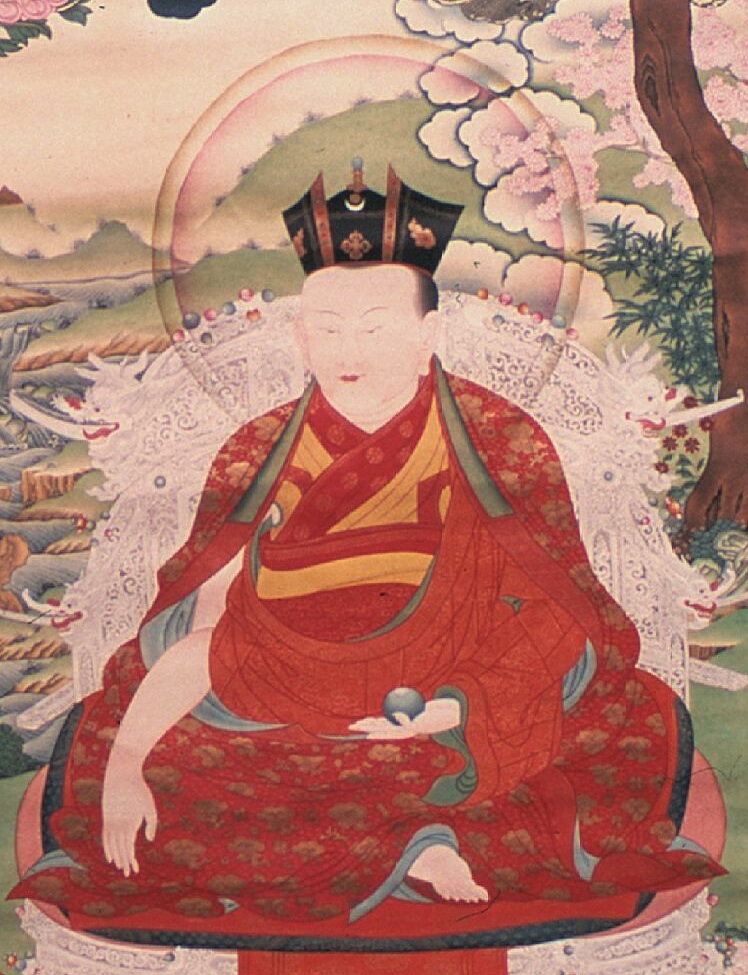 The Twelfth Karmapa, Jangchub Dorje, was enthroned and educated at Tsurpu Monastery by the Eighth Zhamar. Spurred by political turmoil in central Tibet, he went on a pilgrimage tour of Nepal and India accompanied by many high Kagyu incarnations. He passed away en route to China at the invitation of the Qing Yongzheng Emperor.

The Sixteenth Karmapa, Rangjung Rigpai Dorje, was one of the most influential Tibetan teachers of the Twentieth Century. Trained in Tibet, he established his seat in exile at Rumtek Monastery in Sikkim. He was a lover of animals who was particularly fond of birds, and is said to have liberated many of them upon death. Known for his personal presence and ritual mastery, he was a central figure in the transmission of Karma Kagyu teachings to contemporary society, both Tibetan communities in exile and the wider global population, through countless ritual transmissions and multiple tours of Asia and the West.